Ric’s formative years started out by having to learn the ubiquitous piano. He hated it then, but is sure glad now his parents made him learn. He grew up playing woodwinds and drums in school orchestras. As adolescence crept up, along came electric guitars, rock and roll and garage bands. Somewhere in that mush he stumbled upon the 60’s folk genre, traded in his electric for acoustic, and was swept up. He quickly gravitated to the “Spiritual Music” part of the folk era and found a comfort in the words and messages. In the ensuing years, he discovered the beauty of the mandolin and, being a woodworker, decided to build his own. It naturally followed that he became involved in bluegrass music and in particular, gospel bluegrass. He’s been a worship leader in his church since being born again in 1992 and regularly plays bass and mandolin on the worship team. Ric was a founding member of the Oregon Bluegrass Association and has worked with them ever since. He says “I feel immensely blessed that the Lord has brought me to this place in my life and musical career. Now it’s my desire to give some of it back as best I can”. 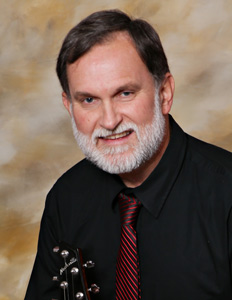 Ed calls home his small family farm outside of Newberg, Oregon. He started playing ukelele and singing on the back porch with his father at age 5 and from that time on has been a devoted musician.  After a number of years playing electric guitar, he met a family that played the simple blend of acoustic instruments we call “bluegrass” on Saturday nights around the home fireplace.  Wonderful old songs and gospel tunes by Bill Monroe, The Carter Family and Flat and Scruggs became a new inspiration and musical direction.  Ed has been leading worship including a mix of both modern choruses and old favorite hymns at churches for many years.  He is constantly working on various old time musical styles and brings a wonderful versatility to Highway Home’s blend of music and presentation.

While talented on many different instruments, Annabel brings out the best in the fiddle. Our newest band member, Annabel is a competitive Old Time Fiddler and 2016 State Junior Champion and 2017 Adult Champion. She’s also a violin teacher and performs with several orchestras. Her sweet lead vocals and harmonies bring that added female touch missing in many bluegrass songs.

Without a doubt, Rachael is a delightful fiddle player. Her emphasis is on Bluegrass, Old Time and Scottish fiddling styles, as well as being an accomplished classical violinist. Rachael started playing the cello in third grade and at age 11 took up the fiddle and mandolin. Her talent led to competition and in 2012 she won a National Championship as a Scottish Fiddler in her division. She is presently teaching violin, cello and Scottish Fiddling while playing in Bluegrass and Celtic bands in the Seattle/Portland area. Residing in Roy Washington, Rachael loves working on her small farm and training horses. And, to the delight of the band, she’s a wonderful gourmet cook and pastry baker. 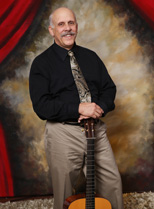 Glenn hails from McMinnville, Oregon. His love of the “wood and steel” began in his childhood and grew as he lived through the music of early rock and roll, folk and country. But as an adult, it is traditional bluegrass and gospel music that helps to preserve the spirit of worship and family in his life. He can be found serving the Kingdom with his gift of music, from traditional church worship teams to backyards. His most influential guitarist is Doc Watson (of course), and favorite vocal group is Doyle Lawson and Quicksilver (harmonies like no other).

Like so many others, Randy’s musical history goes back to grade school where he learned to play his dad’s trumpet in school bands. He later played baritone through high school into college where he also participated in a brass choir at various events throughout the Northwest. He’s been attending church as long as he can remember and has fond memories of singing gospel hymns in his little country church. After college, he gravitated to participating in various church worship teams and began playing bass guitar and has been doing so ever since. As he aptly puts it: “Something magical happens when a group of musicians play, united in time, key, and rhythm that can’t be duplicated individually. Highway Home is a unique opportunity for me to blend my love of bluegrass music, play with a group of talented musicians, and relate to my roots singing gospel hymns as a child.” 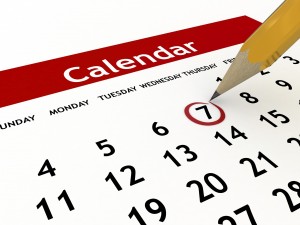